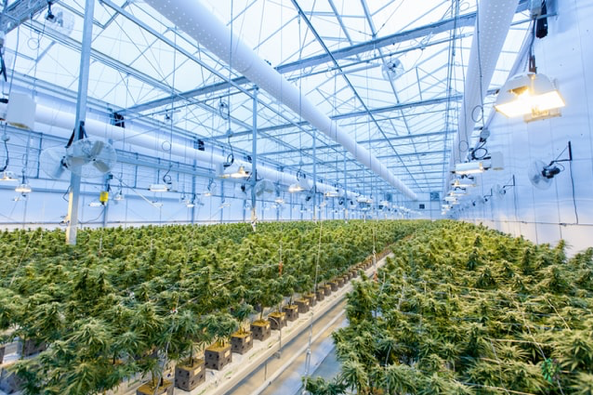 Colorado kick started the movement to promote and progress the use of cannabis for both recreational and medicinal purposes.  Amendment 20 first put medical marijuana laws into place in 2000, which led to the more progressive Amendment 64, which legalized recreational marijuana in 2012.  Over the next two years, 21 other states either passed medical marijuana legislation or decriminalized cannabis. With nearly half of the country progressing toward decriminalization, President Obama enacted the Agricultural Act of 2014, also known as the Farm Bill, which took CBD off of the banned substances list.  However, that doesn’t mean that marijuana was now legalized across the country; only CBD.  We’ll explain the difference.

Perhaps the biggest difference between hemp and marijuana is the level of THC; a psychoactive element that leads to the feeling of being “high”. THC is a cannabinoid; naturally occurring elements in the cannabis plant. According to some studies, there are over 100 cannabinoids in cannabis and, as research continues, many more are sure to be uncovered. Marijuana, depending on the strain, can contain THC levels of up to 30%.  On the other hand, the THC concentration in hemp is minimal.  In order for CBD to legally be sold in the United States, the level of THC needs to be less than 0.3%.

Our founder is a Colorado native who was searching for natural ways to help her husband recover from total knee replacement surgery.  She started becoming interested in CBD as an alternative treatment for pain and began working at a medical marijuana greenhouse. While working, she took a special interest in hemp and learned how beneficial it was to people’s health, before being sidelined with major surgery of her own. After her cervical spine fusion, she was introduced to medical marijuana and the rest is history.

Wendy, our founder, gathered a group of friends, who were also Colorado natives, and who also were experienced in the cannabis industry to create Colorado CBD.  Our team is a group of strong believers of the healing properties of the cannabis plant and are passionate about promoting its use for the natural treatment of pain, anxiety, depression, and PTSD.

We are proud to be a homegrown CBD company right here where it all began…in the great state of Colorado.  Our specially formulated tinctures, capsules, topicals and pet products have been instrumental in improving the lives of so many.  Please feel free to visit our testimonial section of our website to see how our customer’s lives have changed due to our products.  Let Colorado CBD start working for you today!

This website uses cookies to improve your experience while you navigate through the website. Out of these cookies, the cookies that are categorized as necessary are stored on your browser as they are essential for the working of basic functionalities of the website. We also use third-party cookies that help us analyze and understand how you use this website. These cookies will be stored in your browser only with your consent. You also have the option to opt-out of these cookies. But opting out of some of these cookies may have an effect on your browsing experience.
Necessary Always Enabled
Necessary cookies are absolutely essential for the website to function properly. This category only includes cookies that ensures basic functionalities and security features of the website. These cookies do not store any personal information.
Non-necessary
Any cookies that may not be particularly necessary for the website to function and is used specifically to collect user personal data via analytics, ads, other embedded contents are termed as non-necessary cookies. It is mandatory to procure user consent prior to running these cookies on your website.
SAVE & ACCEPT